by Steven G (subscribe)
Too much tertiary education... Former performer/wrestler, teacher, scientist; Published author & Father... Want to be a writer if I grow up...
Published December 11th 2021
Anne Rice wrote a classic vampire novel
I was watching a sporting event today (Sunday) when I received an email from a friend. She told me some news that I was a little concerned with. But I thought it must have been some sort of a mistake or online prank, so I waited for the sporting event to be over before I went online.

Unfortunately, it was not a mistake. A fine author has passed away. 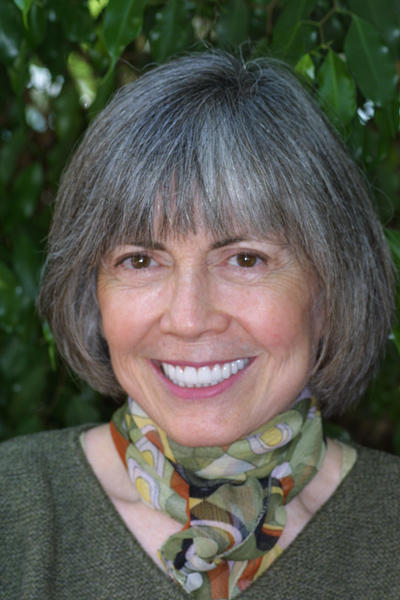 The cause of death was given as complications from a recent stroke.

Anne Rice was the author of a large number of horror books, but she is probably best known for the series of books that are gathered together under the series title The Vampire Chronicles.

I have not read all the books in the series, but I have read quite a few. I have also read the three books in the Lives Of The Mayfair Witches trilogy, Ramses The Damned (apparently there are other books in that series that I have never got around to), and The Wolf Gift. As you can see, there are a lot of her books I have not read, though, and I should rectify that.

But, no matter what, she gave the world one of the most influential horror books of the latter half of the twentieth century. And she did it with her debut novel. Cover of my Kindle version


This book is an incredible work. It was written in the aftermath of the death of Rice's young daughter, and that sense of depression is there throughout the book. Later books have a different tone, and she ret-conned some of the events of the first book by basically claiming Louis was an unreliable narrator.

This book is one of the most incredible vampire books I have read.

Bram Stoker's Dracula took an Eastern European legend that had been examined in book form before and gave it a populist make-over while keeping the menace and threat of the old legends. Most of the changes in vampire lore that followed  and there were only a few, the main one being vampires looking good (even in Stoker's book, they were all ugly and smelt bad)  happened in the realm of cinema until Rice's book. Now, thanks to her, vampires were the protagonists as well as the antagonists.

This started a trend where, gradually, the evil of all the past incarnations of the beast were eroded enough to make the vampires relatable. Without this book we might well not have had the Buffy off-shoot TV series Angel, and probably would not have had Charlaine Harris' Dead Until Dark (and its inferior knock-off Twilight) with their concepts of vampires as good guys.

Interview With The Vampire is the tale of Louis, as he tells a reporter (called "boy") of his life as a vampire from when he was turned by a more experienced vampire named Lestat to the present day. In brief  Lestat turns Louis while the latter is in a fit of depression and they set up house together. But things are not great between them. Almost like a couple who have a child to save the marriage, a young girl is turned (Claudia). But Claudia comes to resent her life, an adult woman's mind trapped in a child's body, and she and Louis attempt to kill Lestat (they think they have) and leave America. They travel the world, encountering very primitive vampires, posing as vampire-hunters and basically just living as father and daughter until finding, in Paris, more vampires like themselves, where we meet Armand.

Louis and Armand become friends, and so Claudia gets Louis to turn a woman into a vampire to be her companion. Then Lestat re-appears, and his accusations see Claudia and her new companion (Madeleine) left to burn to death in sunlight while Louis is locked in a coffin to starve to death. Armand rescues Louis, but he finds the remains of Claudia and Madeleine. He never really recovers, returns to the USA, has one last meeting with Lestat and that's it, apart from "boy" wanting to be a vampire, having learnt nothing from the story.

The thing that makes this story so unique is the emotions Rice gives the characters. There are genuine moments of heartbreak in the story. Rice knew how to write intense emotions well, and yet you were under no illusion that vampires were not quite human. It's hard to explain, but she managed it successfully.

And when it came to horror, Rice knew how to write a good horror scene. Louis going insane and getting revenge on those who helped Lestat kill Claudia and Madeleine is powerful, Louis struggling to feed at the start is so well written, the fire in New Orleans was intense. Her descriptions were incredible, giving a sense of not just place but atmosphere to all the scenes. Especially as Claudia and Louis journey together, the descriptions are so well done. The brainless zombie-like vampires really do feel different without resorting to clichés. Even the parts of the story that could have been "slow" were written so that you didn't want to put the book down.

Her themes and topics might be dark, but her writing is beautiful. Especially her earlier works are so easy to read.

As far as horror books go, I consider Interview With The Vampire a modern classic and for fans of horror, I would recommend it in a heartbeat.

Of course, there is the film which is, actually, one of my favourite Tom Cruise films and one of the better horror book-to-movie adaptations I've seen, even if a few chunks of the book are left out.


So, as much as it saddens me to say this, RIP, Anne Rice.
I hope her family is doing well at this trying time.

That's a blast from the past! I was sorry to hear of her passing. She certainly made a significant contribution to the genre.
1 reply reply
by Jennifer Muirhead (score: 3|1373) 182 days ago
Articles from other cities
The Garden of Nang (Goolwa)
Top Events