How to Use Public Transport to Get to Universities in Melbourne

by JP Kyle (subscribe)
I'm a freelance writer living in Bacchus Marsh, Victoria, Australia. I have a blog on Tumblr where I write articles and review books
Published May 28th 2016
Learning how to get around Melbourne CBD 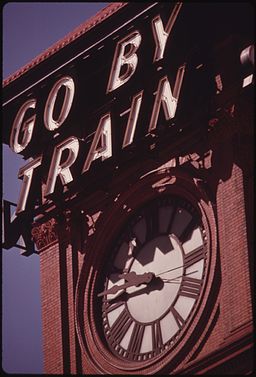 Learning how to use public transport can be difficult, especially when getting to a university campus in the CBD or the inner suburbs like Footscray. However, Footscray Train Station has a lot of different buses available and it's easy to get confused. When it comes to public transport, it's crucial to know what Train-line you're closest to or using and what system of public transport you're using. For example, I live in Bacchus Marsh, so I use the Vline Train service for the Ballarat line. For most train-lines in the western suburbs, inter-connecting train stations are Sunshine, Footscray and North Melbourne.

Victoria University:
St Albans Campus - St Albans is a train station on the Bendigo Line, so it's closest connector station would be Sunshine, usually on Platform 2. When you get off the train at St Albans, you turn left onto McKechnie Street and keep walking straight.

CBD (Flinders Lane) - If using trains, you can catch a train to Flinders Street Station, exit the station and walk down Flinders Street until you find the arcade (there's a big sign out front, it's easy to spot). However, you can also walk down Spencer Street, turn into Flinders Street and keep walking straight until you reach the train station (personally I find it easier to walk there from Southern Cross but it does take time).

Victoria University also run a Free Shuttle Bus Service if you're on campus late at night.

RMIT:
City Campus - If starting from Southern Cross Station, you can walk up Burke Street and turn left into Swanston Street until you reach The State Library of Victoria (RMIT city campus is right next door). Or you can catch a train that goes through the City Loop and exit at Melbourne Central and walk to Swanston from there

Swinburne University of Technology:
Hawthorne Campus - The Hawthorne campus is located at the Glenferrie Railway Station, so in order to access it, students will need to travel on the Lilydale line. The inter-connection train-station on the Lilydale line is Richmond, so those living in the western suburbs will have to go all the way into either Southern Cross or Flinders Street Station to catch a Lilydale train.

Also, if you're a full time domestic student, you may be able to apply for Public Transport Victoria Student Concession Card, however you'll need to check to see if your university is eligible.

Driving from Victoria to Queensland
30